FREE SHIPPING on orders over £30 (ex VAT) to Most UK Mainland Addresses
Orders placed after 3.00 pm may not be shipped on the same day

*** All Postal Tubes Are Supplied with Endcaps ***

These patented anti-roll caps 'ARO CAPS' are designed to allow postal tubes to be treated as normal parcels when being handled by parcel carriers with automated sortation systems. They have been developed to work specifically within the Parcel Force automated sortation system & have been extensively tested at their National Hub in Coventry where they performed faultlessly.

As a result of the successful testing Parcel Force will now treat tubes within certain lengths as normal parcels when fitted with ARO Caps - and not levy additional charges to cover the manual handling of them. 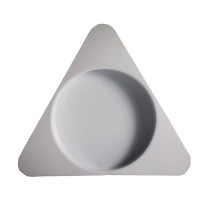